Surrogacy Laws Australia: The Surrogacy Act QLD 2010 became operative on 1 June 2010. This Surrogacy act regulates surrogacy agreements in Queensland and permits surrogacy arrangements, provided they are not for a commercial purpose.

What is Surrogacy Arrangement?

A surrogacy arrangement is an arrangement between a woman (‘the birth mother’) and another person(s) (‘intended parent(s)’) whereby the woman agrees to become pregnant with the intention that the child born is to be treated as the child of the other person(s). 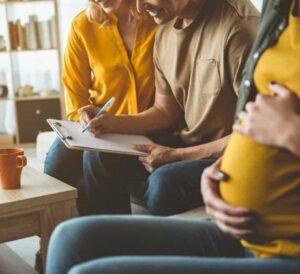 These arrangements are not legal in Queensland. However, if the intended parent(s) paid for the birth mother’s reasonable medical, legal, and counseling expenses, arising from the surrogacy arrangements, then these payments do not render the arrangements a commercial one.

An application for a parentage order for a child must be made 28 days after the birth of the child and before the child is six months old. Applications after this time may be allowed with leave of the Children’s Court.

Learn more about surrogacy laws in Australia and it’s legality and eligibility: