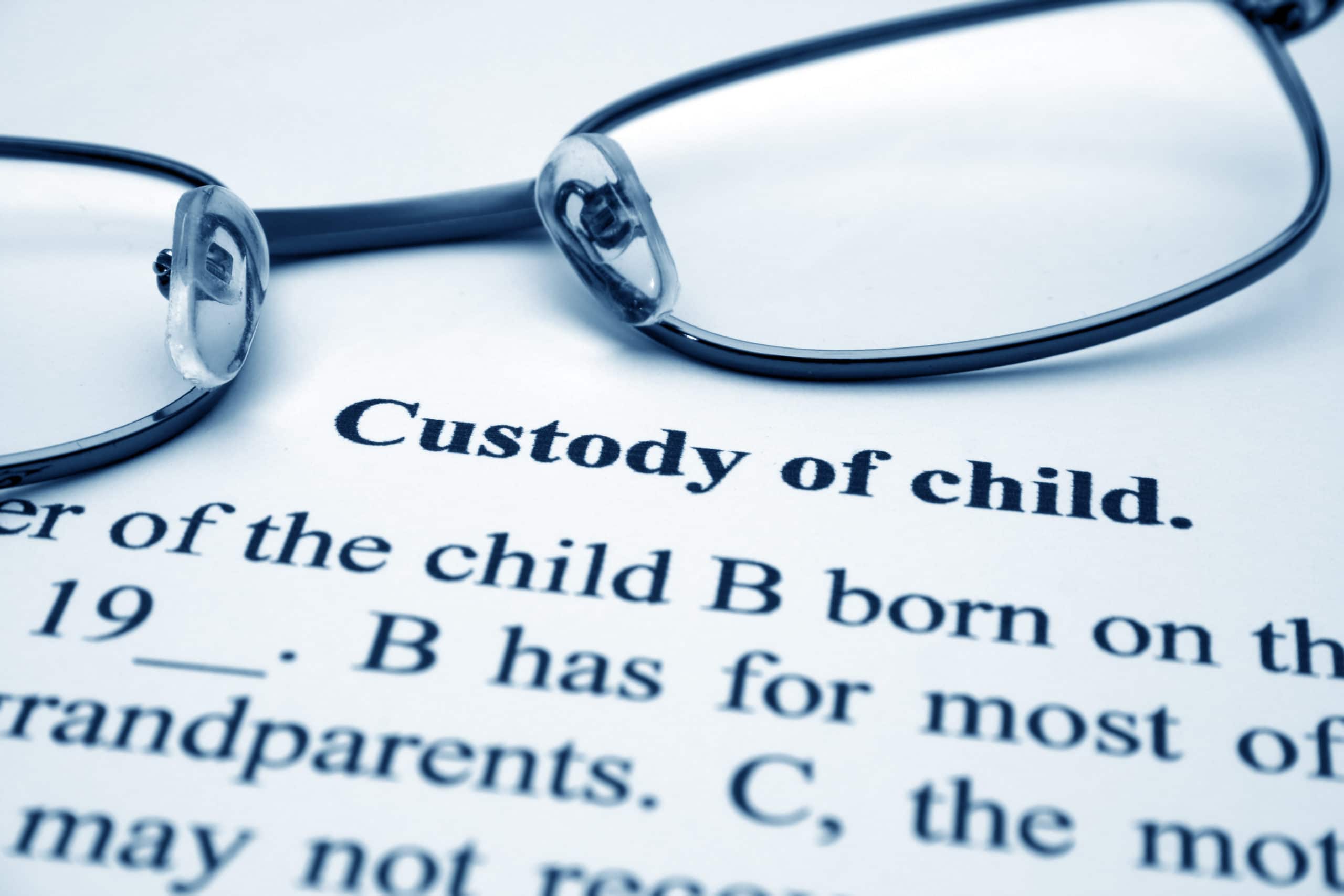 Obtaining the best outcomes for you and your children through our experience and skill. James Noble Law Brisbane employs Accredited Specialist Family Lawyer; James Noble. The best Family lawyers Brisbane has to offer to help you with your child custody problems.

Separation and divorce can often be the most traumatic and difficult times for any adult. There is particular hardship with those couples with children. In these circumstances, the Family Law Court considers the best interests of the child the most important issues. Importantly, your children have the right to spend time with both parents, no matter what your former spouse or partner has to say.It must be considered what the law says about parenting arrangements and how the separation will affect future contact with the children.

At all times, you should be fully informed about your legal rights and position as well as those of the children involved.  We can provide accurate advice regarding your child’s entitlement to spending time with you and help you get what you want in that regard.  Being child-focused is one of our highest tenets. James Noble Law can support you through the toughest time of yours and your children’s lives at a very stressful, emotional, and trying time. We can help with counselling and psychological help if necessary, with our network of highly regarded professionals in these fields. If you are separating obtain full details about the parenting of your children, your rights, and obligations.

To explain some of the key areas surrounding child custody, let’s unpack some of the commonly used phrases and meanings such as ‘equal shared parental responsibility, ‘significant and substantial time’, and ‘major long-term decisions’. You need to understand these concepts to avoid compromising your legal rights. When necessary, we’ll take steps to obtain you legal protection in situations involving family violence.

In situation where the parties have equal shared responsibility, there are several “core” areas which the parents must communicate and ultimately agree on which affects the child or children. These core areas are known as the “major long-term issues”. Whilst the definition of “major issues” is not meant to be exhaustive, the five most common areas relate to the child’s:

Whilst it is common for the Court to order major long-term issues require consultation between both parents before a decision is made, this does not typically extend to govern the day-to-day needs and issues relating to the children. For instance, one parent is not required to consult the other regarding the best route to drop the child of at school, what the child eats or what the child’s routine will be, as these are not considered major long-term issues. Not only does this allow parents to have small freedoms in relation to the raising of their child, but also prevent the parents from “over-communicating”, especially where the parties recently had drawn out Court proceedings.

Usually the parent who has the primary care of the child/ren on that day will be responsible for decisions that relate the day-to-day welfare of the child. If the Court does order the parties have equal shared responsibility and a parent relating to that order fails to make a genuine effort to involve the other with the major long term issues of the children, that parent may be in breach (contravention) of the Parenting Order. Despite one parent’s feeling towards the other, if Court Orders are in place and provide for equal shared parenting responsibilities, one parent is unable to ignore these orders.

The law regarding arrangements for children is complex. Even if relations with your former partner are amicable, it is advisable to obtain legal advice, so each party fully understand their rights, obligations and liabilities regarding legal considerations which apply to children’s arrangements. We can assist you across the range of parenting matters, including:

Our priority is to facilitate an agreement between the parties through negotiation or mediation which we will guide and support you through. If an agreement is unable to be reached, we will recommend and pursue litigation and arbitration options pursuant to your instructions. Despite initiating court proceedings on your behalf, we will endeavour to settle your matter amicably opposed to bringing a court action to its finality.

Importantly, if an agreement can be negotiated between the parties without the involvement of litigation or court proceedings, that agreement should be contained in a legally binding document such as Consent Orders. For more information on this area, click here. Alternatively, you may seek to have the agreement provided for under a Parenting Plan, however, this agreement is not registered with the Court and is therefore unenforceable at law. A Parenting Plan approach would likely be appropriate in circumstances where the relationship with your former partner is amicable, or, you and your former partner wish to maintain flexible arrangements for the children in the future. We can assist you during this process by:

Since each family is unique, and the best interests of the child often differ from case to case, there is no one set of uniform arrangements provided for under the Family Law Act 1975 (Cth).

Instead, the Family Law Court actively encourages parents to reach agreements regarding parenting arrangements for their children outside of court, provided the outcome represents the best interests of the children. If it becomes necessary to go to Court, the Court must have that same regard when determining what Orders,it will make for children.

When determining child custody arrangements, the Court will account for the primary consideration of the child’s best interests which include:

Before imposing an order, the Court will always consider what parenting arrangements are in the best interests of the child. In determining the best interests of the child, any views expressed by the child will be taken into consideration. During this process, the Court will place appropriate weight to these views depending upon various factors such as the child’s maturity and understanding of the situation.

Although the current law encompasses the views of all children under the age of 18 years, the Queensland Family and Child Commission has recently proposed recommendations to the Australian Law Reform Commission that the views of younger children should be considered with more weight. The recent submission made to the ALRC consider child’s views are significant, regardless of age or maturity. The submissions seek to further promote the meaningful engagement younger children have with the parenting arrangement process. These notions have been publicly backed by child protection organisations such as Bravehearts and UnitingCare who believe the voice of the child need to be heard in all situations.

Despite having practical applications, these submissions may be premature in placing significant weight to infantile children’s views. Family Law Experts have indicated reform of this area may lead to parenting arrangements which may seem in the child’s best interests, but ultimately fail to address underlying concerns such as manipulation and bribery. Social studies indicate many children between the ages of 8 – 12 show preference towards the “fun” parent, whilst the parent who enforces disciplinary is viewed negatively. In cases involving a 50/50 custody dispute, if the views of the child are given more weight, this could be unfairly detrimental to one parent in the proceedings.

Therefore, despite the child having a negative view of the disciplinary parent, enforcement of punishment is likely to be in the child’s best interests. This is supported by studies indicating young children are often unconsciously influenced, or in some cases manipulated, by one parent proving excitement and gifts. If a child in this situation was asked which parent they would prefer (without the necessary maturity and understanding) the answer may indicate a decision they do not fully comprehend, and, one which is not within the child’s ultimate long-term interests.

To avoid unnecessary manipulation and bribing of children by parents, emphasis may be placed on expert third parties which could assist the Court in determining the underlying views of the child. Persons such as Family Report Writers, Independent Children’s Lawyers, Psychologists or Counsellors can be integrated into this process to ensure the child’s views are understood. This integration would also act as a safeguard to prevent parenting orders from being influenced by wrongly founded child views resulting from bribes or manipulation.

One of the biggest issues facing Multi-national Australian families is parenting arrangements and child custody. The 2011 Census suggests nearly half of the Australian population has one parent who was born in another country. As Australia has one of the highest intermarriage rates and divorces in the world, this often leads to international child custody disputes. In circumstances where parents are multi-national and have sufficient connections or family members in another country, the first and foremost consideration should be the child remaining in the Australian Commonwealth jurisdiction until such time Parenting Plans, Consent Orders or Parenting Orders are finalised.

Under Australian law, the Family Court will not allow one parent to move their children interstate or overseas against the other parents’ wishes. If one parent attempts to do so, there are numerous methods of preventing this from happening. Some of the most common methods include restraining passports to be in the possession of the parent through surrendering them to the Court, or,seeking orders which restrain the removal of children from Australia by requesting the AFP to assist Airport Watch.

However, if children are born overseas to a couple, there are no steadfast rules determining where the children should live in the event of a partnership separation. The recent story of Melissa George is an example of how international relationships can go southward quickly. In the case of George, the children were born in France to a French father and therefore have citizenship in the country. Therefore, unfortunately for Melissa, the court is unlikely to impose an order allowing for them to be removed.

Another famous example is the situation involving Sally Faulkner and the Channel 9 TV Crew in 2016. Following a televised and filmed kidnapping attempt by Faulkner the husband moved both children to Lebanon, where the Lebanese Judge gave the husband full custody of the children. This acts as an important reminded to avoid taking circumstances into your own hands, regardless of the seriousness of the situation. The Family Law Court will look gravely upon a parent who attempts to purposively removes, abducts or kidnaps a child from the other parent. This may result in a serious fine being imposed or adverse orders for that parent to not have further contact with the child.

If your child or children have been taken outside Australia without your consent or have not been returned to Australia, you should immediately contact the Commonwealth Attorney-General’s Department for assistance. Although Australia has an agreement with some countries to return abducted children to their country of usual residence under the Convention on the Civil Aspects of International Child Abduction, if the child is not within a party to this convention, the Court is unable to enforce the children’s return.

If you are having an out-of-hours emergency regarding child abduction, you should contact the Court on 1300 352 000 to make an application. If the children have not been abducted but you have a reasonable suspicion an attempt may occur in the near future, you should contact legal support to clarify your position or contact the Australian Passport Information Service on 13 12 32 to find out more information regarding child alerts.

Short Form Arbitration or in other words engaging a very experienced Accredited Specialist Family Lawyer to...