What is Arbitration Australia? 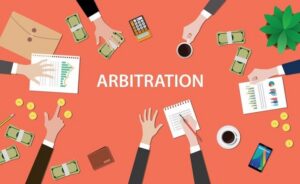 Arbitration Australia is a Viable Alternative to Litigation. The process that is used to submit a dispute by a party and the agreement to one or more arbitrators those who make a binding decision on the dispute. In the case of arbitration law or family law arbitration, the parties choose the process of settling personal disputes without going to court.

I was in Court recently on the first Mention date of an application by the husband seeking Orders for the division of the net matrimonial assets of his relationship with my client.

Both parties sought Interim Orders relating to each obtaining certain items of furniture and chattels, prior to a final resolution of the division of their assets.

We appeared before the Judge when Interim Orders were made by the Court. In regard to the remaining substantive issues concerning the ownership of the former matrimonial home, retention of shareholdings and options of the husband in his employer company, the division of superannuation and the division of the remaining assets, the Application was put on the list of the pending cases for trial. The parties had already attended a formal Mediation which they had paid for but without successfully negotiating a settlement.

The Judge hearing the matter informed the parties that because of the under appointment of Judges to the Family Court which created a limited capacity for her to hear the matter, that the call-over of trial matters would not take place prior to 12 months and that it would be another 12 months before a trial date could be allocated to the matter.

She further advised that Judges are required to list two matters for each Trial date being one children’s matter and a property matter. She further advised that if the children’s matter set down on the Trial date had not been resolved then it would take preference over the property matter and the property matter would be adjourned back to a list of matters awaiting a Trial date, which could mean a further lengthy delay before a Trial date is appointed. The matter if it remains in Court may not be heard for a period of at least three (3) years. 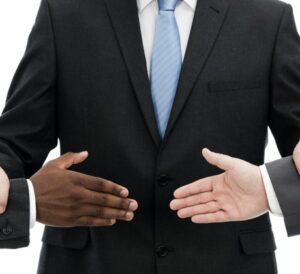 Fortunately, my client, who was the wife in the proceedings, is able to reside comfortably in the former matrimonial home with the children.

The mortgage secured over the property had been converted to an interest-only loan at 4.24% for a period of five (5) years, which was imminently affordable for her. She maintained sound employment. She enjoyed the extensive gardens at the home.

The husband, however, was anxious to move on with his life. He had formed a new partnership and wished the matter to be resolved swiftly, which was not going to happen if the matter remained in the Court. This put great pressure on him to resolve property issues to his disadvantage.

A viable alternative to Litigation is Arbitration. This is extensively used in the building and construction industry. In the 1980s and 1990s, Arbitration was also used in family law matters. There were disadvantages under the legislation at that time in using Arbitration and its use diminished. The Family Law Regulations were amended in 2001 which overcame the earlier problems associated with Arbitration Australia.

The amendments to the regulations allowed the registrations of Awards, which meant that either party could registrar an Award without the consent of the other party and it would still be binding on both parties. Before the amendments were made if an Award was made by the Arbitrator and one party disagreed and did not give consent to the registration of the Award then the Award could not be registered and was not binding.

After the amendments to the Regulations, the Awards now are binding even though one party may not give consent to the registration of the Award and the Awards become a binding Order of the Court.

There is now an obligation on solicitors to advise clients of the means of resolving their difficulties by way of Arbitration. There is a requirement to provide to clients a brochure titled, Marriages Family’s and Separation which deals with this and provides details of Arbitration.

The only limitation placed on Arbitration is that it cannot deal with child support issues and is unable to make binding Orders in regard to a child’s welfare. Parenting matters can be discussed, during the course of Arbitration and an agreement may be reached by the parties in regard to such matters.

The parties if they reach an agreement on parenting issues during the course of Arbitration can have that agreement set out in a Parenting Agreement or can apply to the Court for Orders to be issued by way of Consent Orders. The Award of the Arbitrator if it is to be registered with the Court and to issue as a binding Agreement, is limited to property settlement and spousal/defacto maintenance issues.

Laurence Boulle, Professor of Law, Bond University QLD, in a newsletter published in January 2014 set out the following information in regards to Arbitration:

The Arbitration procedure is underpinned by an agreement between the parties arbitrator. This arbitration agreement sets out and determines:

There are a number of circumstances where the Court can be called upon to assist in the conduct of an Arbitration — apart from the general power to make Orders to facilitate the Arbitration.

A third example of assistance provided by the Court relates to the ability of a party to apply to the Court for the issue of a subpoena to attend and/or produce documents at the Arbitration Australia. This subpoena has the same validity and effect as any other subpoena issued by the Court.

Registration, Enforcement, and Review of Awards

Once an Award has been handed down in the prescribed form, either party can apply to the Court for registration of the Award. The other party then has twenty-eight (28) days to object to its registration. Upon registration, the Award has the same effect as if it were an Order of the Court and can be enforced in the same way.

Professor Boulle states in his newsletter; “By limiting a review to a question of law only, the legislation arguable gives Arbitration Awards less potential to be overturned than a judge’s decision.“

Peter Baston a respected Barrister, who is a qualified Arbitrator, recently published an Article and gave details of his costs for conducting an Arbitration.

These costs are published below:

The comparison in fees is significant, in litigation the matter could take up to 2 years or even longer for a matter to go before the Judge and for a decision and Judgement to be delivered by the Judge hearing the matter.

The costs to each party could exceed $50,000.00 and more likely more for the conduct of a matter to the stage of Trial; and for the Trial. This creates a great deal of emotional and financial stress for the clients.

In view of the amendments which have now been made Arbitration Australia is a highly effective way of reaching a quick and satisfactory resolution of family law matters.