Who Keeps the Engagement Ring Law after Separation?

One of the big questions couples have after a relationship breaks down is what happens to the engagement ring.

The issue of which party has a claim to this item can be contentious, with many different opinions based on tradition, morals, and conventions. Where parties are disputing the ownership of the ring, this is usually where the Court steps in.

When Do Disputes Usually Arise? 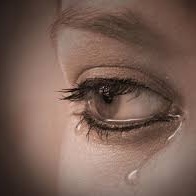 Disputes commonly arise after a “Cathartic Release” where the party to who the ring was given disposes of it.

This event is often seen as a symbolic gesture such as throwing it into terrain which it cannot be retrieved, melting it down to create another piece of jewellery, or simply selling it for monetary profit. The principle of how keeps the ring is guided by the principle outlined in Papathanasopoulos v Vacopoulos.

In this case, after the couple exchanged engagement rings, the relationship broke down shortly after. The wife (Ms. P) attempted to give the ring back to the husband (Mr. V) but she was told to keep it. Ms. P then placed it into a “memento box” of other artifacts accumulated through the relationship.  After the relationship soured further, this box was then thrown into the rubbish was not recovered.

Mr. V upon hearing the engagement ring had been disposed of, initiated court proceedings to receive compensation for the value of the ring (which was approximately $15,000).

The Court found on behalf of the husband and ordered that Ms. P pay compensation to him. In response, Ms. P appealed the decision claiming that the ring was given to her as a gift, and, she was entitled to do whatever she pleased with (which included disposing of it).

On appeal, the Supreme Court found that Ms. P was merely a holder of a conditional gift and that the property of the engagement ring was only vested in her after the marriage had occurred.

The Judge further elaborated that in the event a party is given an engagement ring in contemplation of marriage, and who later refuses to follow through with that marriage, must return to the ring to the other party unless some legal justification existed which acted to exempt this occurring.

Some valid excuses may involve where violence has been inflicted on the party to whom the ring was given or evidence that the other party was sexually involved with another woman.

Essentially, as Ms. P had not wished to be married to Mr. V, she had rejected the conditional gift and was, therefore, a bailee of the ring for the duration it was in her possession. The appeal was ultimately dismissed, with Ms. P ordered to pay both the compensation and Mr. V’s legal costs.

For more information about “Engagement Ring Law” or to discuss your situation, please contact us on 1800 662 535 for a FREE 20-minute consultation.

Find family lawyers Brisbane on Google Maps near you now.