Children Family Court Jurisdiction: In a recent decision in the Family Court found that it was very regrettably that the mother did not support the child being vaccinated.

The Court considered that her opposition to the child being vaccinated, as the child’s principal carer, would likely complicate the process and make it much more difficult for the child.

The Court considered that in these circumstances it would be counter-productive for the mother to accompany the father and the child to any medical appointments concerned with the vaccinations.

The Court considered that the mother’s opposition to the vaccinations would be likely to cause distress to the child.

The Judge stated, “The mother’s position in this regard is to be lamented. It flies in the face of the evidence of Associate Professor D, a consultant pediatrician and infectious diseases physician at B Hospital who had prepared a report dated 1 December 2019 which was in evidence at the trial.

The mother’s position concerning vaccination is not child-focused, and it is not in the best interests of the child. It is not based on evidence, and on the evidence of Associate Professor D it may expose the child to harm.”

2. The Court made Orders which would allow the child to be vaccinated in the following terms:

(b) The child live with her Father.
(c) The child spend time with her Mother each alternate weekend from the conclusion of school

(d) The arrangement provided to continue until the third phase of the vaccinations have be completed, whichever date is sooner.
(e) Following the date referred to in Order 2 (d), the parenting arrangement return to that as indicated in the Final Orders dated 3 December as if it were Week One of the cycle.
(f) In the event the Mother fails to return the child to the Father as provided for herein, the Father have liberty to contact the Chambers of the Judge by way of email seeking an urgent recovery order be administered in Chambers.

(3) The Father be at liberty to provide a copy of these Orders to: 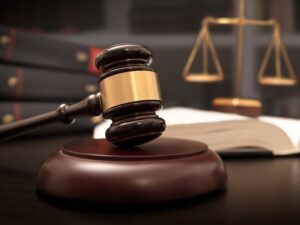 (4) In the event the Mother fails to make the child available for collection pursuant to the Orders, the child be delivered to the care of her Father, a recovery order do issue authorising/directing the Marshall, all officers of the Australian Federal Police and all officers of the police forces of all the States and Territories of the Commonwealth of Australia with such assistances as may be required and if necessary, by force:

The Judge said that if the mother is able to contain her own fears in relation to the child being vaccinated and support the orders that have been made, it may be expected that the father will involve her in the process as he had said he will do. That would unquestionably be in the child’s best interests, but it will require the mother to set her apprehensions to one side. It is to be hoped that she will be able to do so.

Prior to the Orders being made, the mother had continued actively to oppose the program of vaccinations which has been approved. The mother had opposed the program to such an extent that there was evidence that she had worked the child into a state of near hysteria such that she refused to go into the father’s care in accordance with the arrangements that the parties agreed.

The father had organised a sensible program of vaccinations for the child supervised by appropriately qualified medical professionals at a Hospital and had informed the mother of his proposals, but she ignored these communications. Instead, she commenced separate proceedings.

She withheld the child from the father for several days and informed the child that the father was intending to have her vaccinated that week. The child became highly distressed at the prospect of being harmed by vaccination to the point that she became inconsolable and would not stop sobbing.

The Court found that the mother’s actions in this regard were deplorable and that they were the very antithesis of child-focused and that her actions elevated her own irrational and unscientifically based fears above the best interests of her daughter.

Need help? Contact the brisbane family lawyers team at James Noble Law today for a FREE, no-obligation 20-minute consultation. To schedule an appointment with one of our Qualified and experienced Family lawyers Brisbane.