In a recent Appeal of a decision of the Family Court of Australia, the Appellant Court reviewed orders between the parties in respect of their two children under Pt VII of the Family Law Act 1975.

The orders made provision for the children to live with the mother and for her to have sole parental responsibility for them.

Relevantly, however, the orders also made provision for the children to spend time and communicate with the father and required the parties to ensure the children’s consultation with a psychologist appointed by the Independent Children’s Lawyer.

The orders which require the children to spend time and communicate with the father were intended to resolve those issues until that discrete aspect of the parties’ dispute was given further consideration about six months ahead. While the orders did not therefore finally determine those issues, it is clear from the reasons for judgment that the primary Judge was only intending to contemplate the expansion, not constriction, of the children’s interaction with the father after December 2021.

The mother appealed this judgment.

The central challenge in the appeal was that the primary judge erred at law when assessing the risk of harm posed to the elder child as “low” and to the younger child as “even less [than low]” as a consequence of their prospective sexual abuse by the father or a member of his family and, further, by finding the children would not be exposed to an unacceptable risk of harm by spending unsupervised time with the father.

The mother’s appeal was supported by the ICL, but resisted by the father.

For the reasons which follow, the appeal was dismissed.

The mother made allegations about the father’s physical (but not sexual) abuse of the elder child, causing the doctor to make a mandatory report of her allegations to the New South Wales child welfare authority. As a consequence, the elder child was then referred to a psychologist for counselling.

The mother withholding child from father Australia altogether, ending the arrangement she initially implemented for the children to spend time with the father if supervised by the maternal grandfather.

Relying upon statements made by the elder child to the mother and the maternal grandmother, the mother concluded he had been sexually abused by the father. Consequently, the mother brought an urgent application to immediately suspend the existing interim orders and stop the children from spending supervised time with him. Those orders were suspended in May 2019. Neither child saw the father after that.

The trial was heard by the primary Judge over five days in August 2020, with the pre-eminent issue being whether the father posed an unacceptable risk of harm to the children.

The mother’s case was that the father posed an unacceptable risk of harm to the children because, historically, he had physically and sexually abused the elder child. She sought an order mandating that the children spend “no time” with the father because, as she contended, it was more important to protect them from the risk of harm he posed than to ensure they derive benefit from their relationships with him

The father’s case was that he had not physically or sexually abused either child, he had always enjoyed close and loving relationships with both children, and their interests were best served by immediate re-introduction to him to avert any detriment to their emotional welfare, which would otherwise occur if their estrangement was allowed to continue. Realising the children had been withheld from him for well over a year by the time of trial, the father proposed their staged re-introduction to him, beginning with supervision so as to abate any anxiety which may be experienced by either them or the mother. He also suggested, as an alternative option, that the orders be reviewed some six to twelve months ahead, after the family therapy proposed by the ICL had begun.

In the Magellan Family Report the family consultant said as follows: 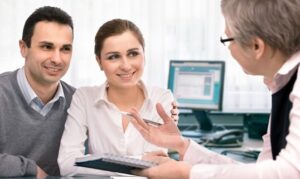 [The elder child] has reportedly made a number of statements since March 2019, which suggest that he has been sexually abused by [the father]. When a young child makes a disclosure indicative of sexual abuse, it is always important to consider what the child has said, and the context for the child making such a disclosure. This is important as children do not have a mastery of language, and a simplistic view of the world, and they may thus not be able to provide and accurate description of events, and this may give way to misinformation.

For example, if an adult asks a child whether a particular person has touched them inappropriately, a child may be vulnerable to answering in the affirmative, even if the event has not taken place, particularly if they have been asked this question a number of times and the adult asking has not appeared contented by their pervious responses. There is also the possibility that a child can come to believe that something has occurred if they are repeatedly questioned about certain events, or repeatedly asked to say that certain events occurred.

Unfortunately, the Family consultant was unable to find any further information about this in what was able to be viewed of the DCJ file. The multitude and variety of statements made by [the elder child] to various people, however, might ward against believing that [the elder child] has been inadvertently caused to affirm that sexual abuse has occurred.
(Emphasis added)

The primary Judge’s decision was appealed by the mother

Unacceptable risk requires two separate steps. Is there a risk, and is it unacceptable? The concentration is upon both the nature and the degree of risk in the particular case. Its formulation is all about balance. In some cases a risk is ‘acceptable’ when balanced against other factors and other orders. The object of safeguards is to convert an unacceptable situation to an acceptable one where that is feasible and is of ‘benefit to the child’.

Since the children had not seen the father for about two years preceding the pronouncement of the appealed orders, the primary judge was satisfied the children should be initially supervised with the father to reassure the mother, to support their re-introduction to him (which would also be facilitated by family therapy with a psychologist) and to restrict the chance of further allegations being made against him.

The appeal will be dismissed.

If you need help, please contact the brisbane family lawyers team at James Noble Law today for a free, no-obligation 20-minute consultation. Schedule an appointment with one of our Qualified and experienced Family lawyers Brisbane.

What You Need To Know About Subpoenas But Probably Don’t

Binding Financial Agreements in De facto relationships – 100% Watertight or Not?

What are Subpoenas in Family Law Matters?

What You Need To Know About Subpoenas...

What is a Subpoena? A ‘subpoena’ is a legal document issued by the Court at the request of a party. A subpoena compels a person to produce documents and/or give evidence...

Domestic and Family Violence Turns Deadly Recently the Brisbane suburb of Logan mourned the death of Father and Nurse/Care Manager Stanley Obi aged 33 who died at the hands of his...