Why Is My Family Law Matter Taking So Long?

Why Is My Family Law Matter Taking So Long?

What should you do if Family Law Matter makes Delay? 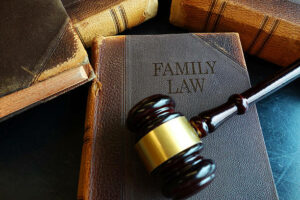 The current structure of the Family Court of Australia and Federal Circuit court of Australia have led to systematic backlogs of cases, with Judges required to hear a multitude of matters on a single day. This has led many parties who have proceedings before the Court to be frustrated, and rightly so.

The planned merging of the Family Court of Australia (FCA) and Federal Circuit Court of Australia (FCCA) has been a government objective since early 2018. However, this Bill was contingent upon the Senate Legal and Constitutional Affairs Committee Report (released on 15 April 2019). With time pressures of whether the bill, in an amended form, would be heard before the sitting Parliament prior to the next Federal election, the Committee released the report some two months early.

Provisions recommended by the Committee

The report reflects the majority of the Committee recommending that the bill which would merge the FCA and FCCA be passed by the senate, subject to several amendments. These provisions include:

These recommendations, whilst not extensive, do promote signs of positive movement towards qualified judges hearing more cases and clearly the inundated queues of parties waiting for their cases to be heard.

Although the issues surrounding the merging of the FCA and the FCCA are far from finalised, the Committee’s report should give individuals with family law proceedings hope that their matter may be finalised sooner than expected.

Can you use secret audio recordings in family law?

Can I Take My Child Overseas Without Telling My Partner?

Can you use secret audio recordings in...

A common question asked in Family Law is who legally entitled to the matrimonial home during separation? It is not as simple as one party kicking the other party out of...

Can I Take My Child Overseas Without...

Can I Take My Child Overseas Without Telling My Partner? Traveling with a child overseas is usually a decision for both parents to make, if they share parental responsibility for the...
View all blogs